From MidasWiki
Revision as of 11:58, 30 October 2013 by Pierre (talk | contribs) (Created page with "The driver library is continuously extended to suit the needs of various experiments based on the selected hardware modules. Not all commercially available modules are include...")
(diff) ← Older revision | Latest revision (diff) | Newer revision → (diff)
Jump to navigation Jump to search

The driver library is continuously extended to suit the needs of various experiments based on the selected hardware modules. Not all commercially available modules are included as we don't have all the modules in hand. But you're more than welcome to contribute by providing your driver code if the module that you're using is not yet listed.

The drivers are located in the drivers directory of the MIDAS distribution. Some libraries consist only of a header file, others of a C file plus a header file. The file names usually refer to the manufacturer abbreviation, followed by the model number of the device.

The drivers directory is subdivided in several directories which refers to either the type of bus ie: CAMAC, FastBus, VME, PCI, USB or type of software layer such as Class, Device, Bus.

The software layers sections are used in particular for Slow Control System. Example are available in the distribution under examples/slowcont/frontend.c including the hv and multi class with the nulldev device and null bus driver.

Note: not all the device drivers implement the triple layer (Class, Device, Bus) as some include the hardware calls directly from the device layer. 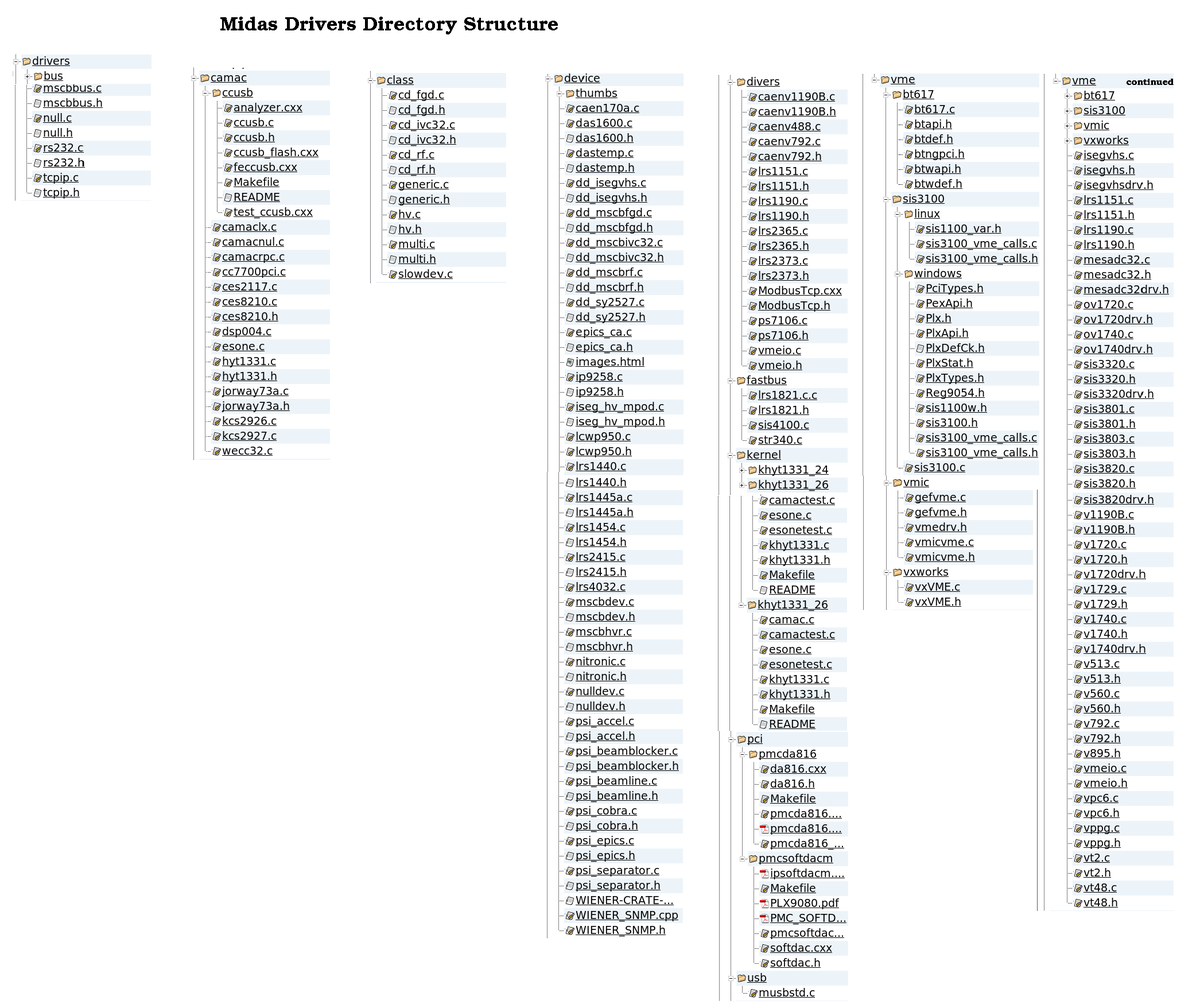