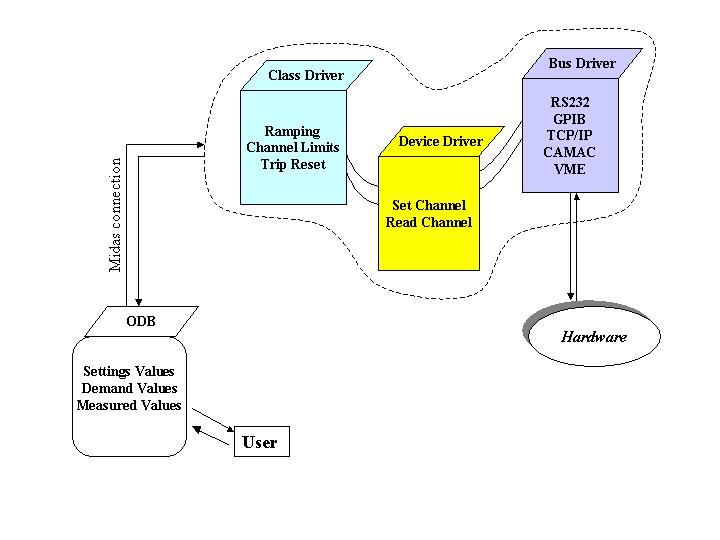 The Midas slow control system was modified in 2006 to support multi-threaded slow control frontends. Each device gets its own thread in the front-end, which has several advantages:

This modification required some minor modifications to existing class and device drivers (see [1] for details).